WHY DOES SMOKE COME FROM A FIRE?﻿ 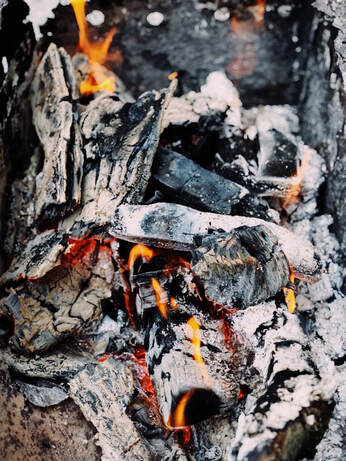 Let's say you have a nice fire going, and it has burned down to the point where what you see is a collection of hot "glowing embers." The fire is still producing a lot of heat, but it is producing no smoke at all. You might have gotten to this point either by starting with logs in a fireplace or by starting with charcoal. If you now toss a piece of wood, or even a sheet of paper, onto this fire, what you will notice is that the new fuel produces a lot of smoke as it heats up. Then, all of a sudden (often with a small pop), it bursts into flame and the smoke disappears.

If you have a fireplace or wood stove, or if you have been around a lot of campfires, this little scene is very familiar to you. It tells you a lot about smoke -- let's look at what is happening.

There are four things that you find in any piece of wood:
Go Back To Education